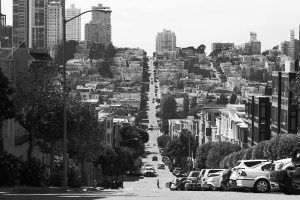 “Whatever starts in California unfortunately has an inclination to spread“: Jimmy Carter

Gregory Coote was an Australian born entertainment mogul who sadly died earlier this year. Whilst he was born in Oz, he spent most of his later years living in California.

In 2011, Mr Coote had been party to divorce proceedings from his second wife and subsequently entered into a financial agreement under California law.  This underpinned the decision of Coote v Price [2016] NSWSC 1658.

In November this year, Mr Coote’s two daughters and former second wife made an application to the New South Wales Supreme Court against his estate for breach of the financial agreement.  In particular, the agreement set out that his second wife was to receive the benefit of two life insurance policies and his daughters to receive his interest in the Dulwich Hill hotel business upon his death.  Unfortunately for Mr Coote’s estate, Mr Coote had let his insurance policies lapse and gifted his interest in the Dulwich Hill hotel business in his will to his daughters, but only upon his defacto partner receiving $1 million dollars from income or upon her death, whichever occurred earlier.

The Court referred to the relevant parts of the financial agreement the deceased entered into at paragraph 7, in quoted specifically:

In awarding the plaintiff’s claim, the Court said, at paragraphs 22 and 23:

I am satisfied that this constituted a breach by the deceased of his obligations in the Stipulation for Judgment and that Carol has suffered damage, in that she has been deprived of what would otherwise have been the proceeds of those policies, namely a total payment of $US2.5 million.

Taking into account current exchange rates, Carol is entitled to a judgment against the executors in an amount in the order of $3.125 million.

In relation to the claim by the daughters, the Court found that the deceased also breached his obligations an due to the difficulty it quantifying the damages, the Court chose to impose a constructive trust  for the two daughters in relation to their interest in the hotel business.

You can read the short judgement here.